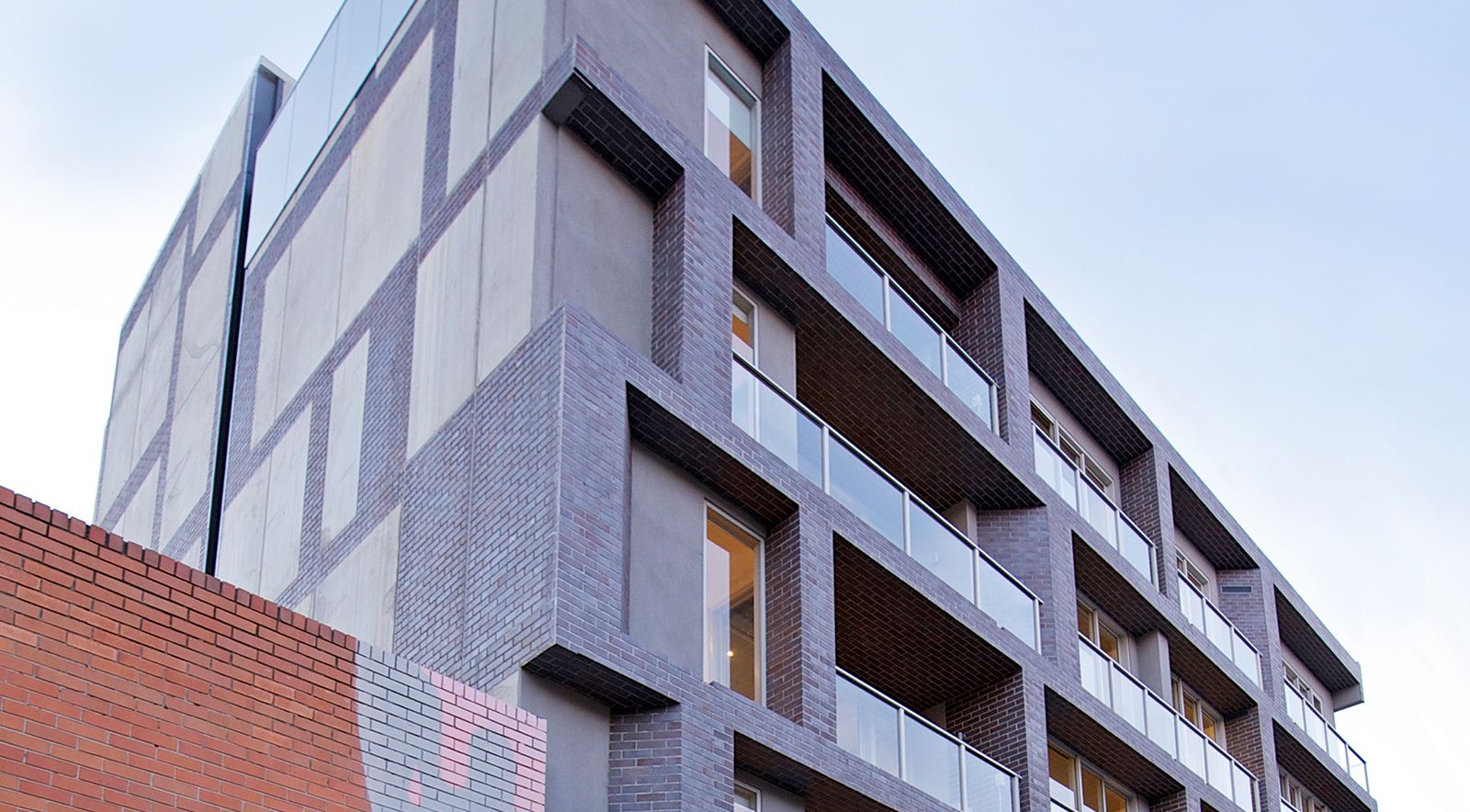 Lure of the creative hub

Artist Piet Mondrian was a Dutch pioneer of abstract art who developed geometric works in a style he termed neo-plascticism. His post-World War I paintings were restricted to the three primary colours and to a grid of black vertical and horizontal lines on a white ground. Following a move to New York in 1940, Mondrian started to develop a more colourful style, using coloured lines and abstract geometric shapes.

Architecture director Ian Briggs (Plus Architecture) has drawn inspiration from Mondrian's bold lines for Third Street's boutique apartment development in the heart of Prahran. The brickwork on the exterior façade is detailed, simple and strong — reminiscent of Mondrian's bold, structured designs, hence the name Untitled, according to Third Street Managing Director David Joachim.

The development has just 24 one and two-bedroom apartments over six levels and will replace two existing warehouses in Regent Street, Prahran. Third Street Development Director, said the development aimed to take warehouse design to a whole new level, with each apartment at Untitled its own unique space.

"With the track lighting and timber floors we have created a clean, open living space which each individual purchaser can make their own. At Untitled, there is no uniform.

"The development sits at the heart of one of Melbourne's creative hubs. Each apartment is a gallery waiting to be filled".

The open-plan kitchen and living areas have sleek lines, quality European appliances, reconstituted stone benchtops and timber floors and open onto a balcony.

Plans and materials can be viewed at the offices of Element Real Estate (shop 3 Yarra Lane, 7 Yarra Street, South Yarra, 9419 9455) who are handling sales for Third Street. The developers are finalising negotiations with a builder but expect to start construction in two or three months with completion of the project a year later.

The developer, Third Street, describes Prahran as one of Melbourne's creative hubs and this inner-city suburb can certainly lay claim to that title. Swinburne University's prestigious Faculty of Design and the National Institute of Circus Arts are based in Prahran and its TAFE campus houses a range of programs in business, circus arts, costume, graphic, industrial and multimedia design, hospitality, performing arts and social sciences. The suburb also has an eclectic mix of dance studios, galleries, the Cullen Art Series hotel, intimate theatres such as Chapel Off Chapel and many design studios.

Prahran is home to some of Melbourne's best clubs and bars and many fashion labels have chosen to locate their flagship shops in Chapel Street over the Melbourne CBD. As an inner-city suburb, it is eminently liveable with a huge range of shops, restaurants and cafés. Prahran Market is a foodies' paradise with its range of excellent delicatessens and fresh fruit and vegetable stalls showcasing the best of Victorian produce.

Unknown to many are the small, largely hidden, public gardens scattered throughout the suburb. The former Greville Botanical Gardens, now Grattan Gardens, are off Greville Street on Grattan Street. The Princes Gardens, a short walk from the development, is a small garden that is home to Chapel Off Chapel and Victoria Gardens, off High Street, is a Victorian-era garden with a circular row of London plane trees.

Thank you for your enquiry

Please fill out the below fields to
enquire for current and future projects
to receive exclusive content.
view full website

Thank you for your enquiry

Please fill out the below fields to enquire for
current and future projects to receive exclusive content.